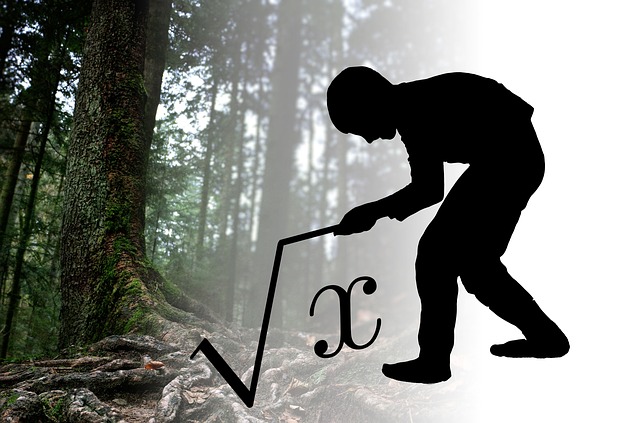 Today there are five methods available to learn and practice mental mathematics.

Let’s begin with the first one called ‘Learning by Heart’ or better known as the rote memorizing method where your teachers ask you to mug up boring multiplication tables. It not only kills the interest of the child in mathematics but also makes sure that he develops hatred towards the subject for the rest of the years he studies it. This system gives its ardent devotee some degree of success initially as he is able to answer easy problems but then when the supposedly bigger application problems come the steam is almost over.

The second one gives you a good degree of success and I would highly recommend it to the younger lot out there. It hails from China and is popular by the name of The Abacus (also known as the Soroban in Japan).

An abacus is a calculating tool, often constructed as a wooden frame with beads sliding on wires. With the use of this tool one can perform calculations relating to addition, subtraction, multiplication and division with ease. Gradually one practices with the tool in one’s hand and later on when experienced he learns to do it without the tool. This tool is then fitted into the mind mentally and he can then add, subtract multiply and divide in seconds. This tool also enhances a child’s concentration levels.

The main drawback of this system is that it focuses only on the 4 mathematical operations. Concepts beyond these operations such as Algebra, Square Roots, Cubes, Squares, Calculus, and Geometry etc cannot be solved using it at all. Also one needs a longer time to be able to fully get a grasp of the system hence you see courses in the abacus stretching to over 2 years which leads the child to boredom and then quitting from the course.

Another Chinese system mainly collected from the book The Nine Chapters on the Mathematical Art lays out an approach to mathematics that centers on finding the most general methods of solving problems. Entries in the book usually take the form of a statement of a problem, followed by the statement of the solution, and an explanation of the procedure that led to the solution.

The methods explained in this system can hardly be termed mental and they lack speed to top it all. The Chinese were definitely the most advanced of the civilization thanks to the Yangtze and Yellow Rivers but if I were to choose out of the two methods given by this culture It would be the abacus.

If wars have a 99.99% downside, sometimes they can have an upside too for they give birth to stories of hope and creativity. The next mental math system was developed during the Second World War in the Nazi Concentration Camp by a Ukrainian Mathematician Jakow Trachtenberg to keep his mind occupied. What resulted is now known as the Trachtenberg Speed System of Mathematics and consists of Rapid Mental Methods of doing Mathematics.

The system consists of a number of readily memorized patterns that allow one to perform arithmetic computations very quickly. It has wider applications than the Abacus and apart from the four basic operation methods it covers Squares and Square Roots.

The method focuses mostly on Multiplication and it even gives patterns for multiplication by particular number say 5,6,7 and even 11 and 12. It then gives a general method for rapid multiplication and a special two finger method. After practicing the method myself I realized that the multiplication was a very applicable mental method but the other methods covered to solve division and square roots were not very friendly and were impossible to be done mentally. I was in search of a much better wholesome method where I could easily perform other operations also. Another drawback of this system was that it too like the abacus failed to have a wider scope i.e to encompass other fields like Algebra, Calculus, Trignometry, Cube Roots etc

A Recommendation by a friend of mine from America introduced me to what is known as the Kumon Math Method. It was founded by a Japanese educator Toru Kumon in 1950s and as of 2007 over 4 million children were studying under the Kumon Method in over 43 different countries.

Students do not work together as a class but progress through the curriculum at their own pace, moving on to the next level when they have achieved mastery of the previous level. This sometimes involves repeating the same set of worksheets until the student achieves a satisfactory score within a specified time limit. In North American Kumon Centers, the mathematics program starts with very basic skills, such as pattern recognition and counting, and progresses to increasingly challenging subjects, such as calculus, probability and statistics. The Kumon Method does not cover geometry as a separate topic but provides sufficient geometry practice to meet the prerequisites for trigonometry, which is covered within the Kumon math program.

I was much impressed with the glamour around Kumon but a glimpse of its curriculum deeply disappointed me. It is not mental at all. It does not offer any special methods to do mathematics and one does not improve one’s speed by doing Kumon Math. There is a set curriculum of worksheets which one does till one achieves mastery in the subject. So say for example a sheet on Divison- one would continue to do division by the conventional method till he gets a satisfactory score and then he moves on to a higher level. This certainly doesn’t make division any faster and the process is certainly not mental.

A deep thought on the reason of its tremendous popularity in America led me to conclude was the lack of a franchisee business model of the abacus and the Trachtenberg speed system in the 1950s. The franchisee model was essential in taking the course from country to country. This is where Toru Kumon thrived.